Is organ harvesting real, or is it a conspiracy? 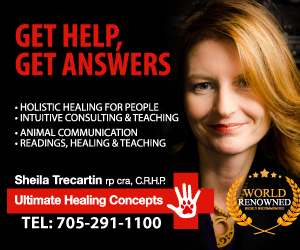 The Government of China, through its prisons, detention centres and hospitals has been engaged in the mass killing of prisoners of conscience for their organs – mostly practitioners of Falun Gong and Uyghurs and also, in lesser numbers, Tibetans and House Christians, primarily Eastern Lightning or the Almighty House of God.

Today I sit down with Mitchell Gerber, veteran activist who has dedicated over 17 years of his life exposing one of the most brutal persecutions and human rights atrocities in modern history. It is seen as a new form of evil; state mandated and state endorsed forced live organ harvesting of the Falun Gong spiritual movement in China.

I also have the pleasure of sitting down with Auntie Jillian, one of the stars of first Black Caribbean family reality TV show that airs on Bell FibeTV 1 and CTV. She has been able to build a large social media following simply by being herself and remaining authentic with her audience. With over 100,000 YouTube subscribers, a viewership of 12 million and her own reality TV show, she is an authority on embracing and displaying your true self.